And We Are Live! 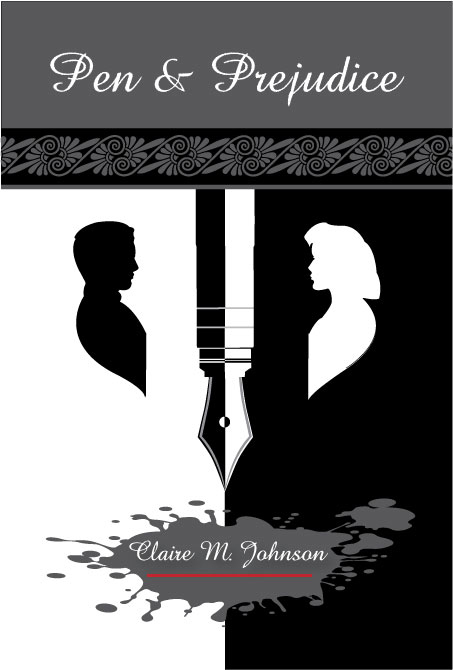 Houston, we do not have any problems!

Oh, there were some linkage issues and perhaps operator error as I kept uploading these documents over and over again, but to beat any and all metaphors to death, we are now cooking with gas.

Pen and Prejudice is up and for sale!

My sister, Valerie Mighetto, did the cover and I think it's all kinds of awesome. I wrote it. Which, hello, is also kind of awesome. As a writer, when you finish a piece and then see it bound up in its own little concept, all whole and largely saying what you want to say, well, amazing doesn't quite cover it. But to the important stuff...

I have priced it so that basically I make four cents on every copy. Although I am thrilled at each and every single possible sale, be it the paper version or the e-version, I think that the paper version "reads" better because of the formatting issues that I've discussed ad nauseum. I tried to address the formatting crap in the e-version and while I think it works, the print version works better, if you know what I mean.

Recap: This is not a mystery but it is about the mystery writing world. Using the mystery writing world as a backdrop, Pen and Prejudice is a modern pastiche of the Jane Austen classic, Pride and Prejudice, but instead of our witty, playful heroine and attractive but arrogant suitor willfully misunderstanding each other while attending balls and dinner parties in the nineteenth century, they metaphorically duke it out in the twentieth at mystery writing conferences. For those of you who have ever attended Malice Domestic, Bouchercon, Left Coast Crime, or Thrillerfest as mystery readers, this is an insider's look at these conventions from a writer's PO. A cross between I Don’t Know How She Does It and Bridget Jones’ Diary, this novel is a social comedy that provides an insider look into the struggles facing most writers of genre fiction.  Plus, you know a romance, plus, you know, a happy ending! Enjoy! BONUS! The Kindle version of Pen and Prejudice is currently FREE, YES, FREE if you are a member of amazon Prime.

And it goes without saying that my traditional mystery novels, Beat Until Stiff and Roux Morgue, are available in both trade paperback and Kindle versions. Enjoy those as well. Hell, Beat Until Stiff is only 99 cents on Kindle. A steal!

Posted by Claire M. Johnson at 8:37 AM No comments:

The Perils of Self-Publishing Pen and Prejudice

Things I've learned about self-publishing Pen and Prejudice so you don't have to:

1.  The more clever you are with your manuscript, the greater the headaches. I got cute and once it was written I couldn't really "uncute" because the cute aspects of the book were integral to the general gestalt of the book. But it ate up a zillion author hours as I wrestled with html.  I think it looks fairly decent now, but it came at a cost in terms of my time and sanity.

2.  Clever doesn't translate well to ebooks. Yes, I made it work. Yes, I bashed that html seven ways to Sunday so that a fair approximation of the "book" translated to the e-version, but it was a total BITCH to pull off, and there are parts where I don't think it looks as good as it should. But then I couldn't possibly afford to pay someone to do all this.

3.  When you upload to amazon, try to work from two screens at once. I have a lovely 24-inch screen desktop and a 17-inch laptop. I uploaded the book or the e-book onto the laptop and had the same file open on the larger screen so that as I flipped through the pages on amazon's previewer, I was able to catch mistakes (AND TYPOS, OMG! STILL!) and fix them directly. Seriously, and I am not joking, I uploaded that books roughly fifteen times and roughly ten times for the e-version before I got it right .

4.  The e-version. This is where it gets complicated. And yes, my book was something of a formatting nightmare, but I think these issues are endemic and these tips might help you from making the same mistakes I did.
5.  What did I learn from all this? It takes a tremendous amount of hours to format a book so that it looks professional, and now I understand WHY there is so much complaining about the e-versions of books. Creating a book for the page is not the same as creating the book for the "screen." Clearly a lot of publishers ARE treating these entities as one and they are not. They need to invest time in making the e-experience worthwhile. There's a lot of competition for a reader's time. Don't piss them off by sloughing off a badly formatted e-book.
Posted by Claire M. Johnson at 6:48 PM 3 comments:

Yes, this is almost ready. I'm in the final stages of uploading it to amazon, both a printed and Kindle version. This has been an eye-opening experience, let me tell you. I've gone over this manuscript a thousand times and I'm STILL finding minor typos. This is what an editor does. In addition to content issues, on the most basic level she/he offers a fresh pair of eyes. At a certain point one's brain says, "Hey, I've seen this before. Let's conserve energy. I'll just slip in a mental snapshot of what I've seen before. I won't tax cells that I don't have to." And, lo and behold, typos are born.

Anyway, this book has been in the making for three years. I couldn't find an agent who would shop it. I thought about putting it up on amazon myself, but then personal issues overwhelmed to the point where it was, book, who cares about that stinking book? Fast forward eight months, I began a spate of dead-on serious editing that is Nobel prize-winning material and is so far above my ken that I essentially hunt for subjects and verbs and try to make them agree and assume a whole hell of a lot. When you edit that much and material that is that complex, you just don't have the energy to do anything at the end of the day but, well, knit. Even at that I can only manage hats. I have several. Anyone need a hat? Finally, I entered it in the amazon breakthrough contest. I got to round two, but sadly didn't make it to round three.

It was back to the drawing board or more correctly the formatting board.  Sigh. This book is REALLY problematic because of the formatting issues. It didn't seem anything of a challenge at all until I began to format it myself. My Dreamweaver skills have improved tenfold. My right wrist is killing me, I am surrounded by dust bunnies the size of small dogs. But it is done. The only thing left to do is navigate the createspace upload process. Wish me luck.

I think it's a fun book. It's most definitely a beach read. It says a lot about trying to scratch out a writing career when you have a job and kids. And in the end the girl gets the guy (who has more than a passing resemblance to Mr. Darcy).

I'm not interested in making any money out of this so it will be priced based on amazon's threshold. I just want people to read it. I worked like a dog on this book, and I like it, and I want you to like it.